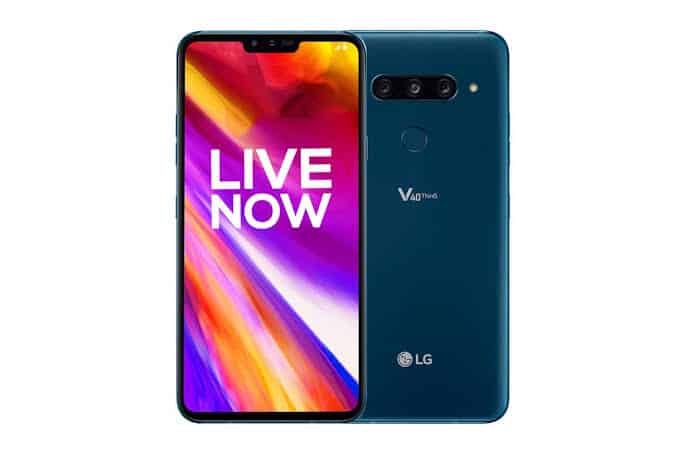 Hey people, In this article we will share information regarding LG V40 ThinQ Android 10. So, keep reading.

When it comes to timely updates, LG is not exactly the mobile phone brand one would look up to. The Korean company hasn’t had a consistent record with updates. However, seeing Android 11 on the way, LG has been seen following its timeline for quite some time now. Finally, the AT&T LG V40 ThinQ Android 10 (LG UX 9.0) update is live.

The LG V40 ThinQ device was supposed to get an Android 10 Update in the second quarter of 2020. So does it seem to happen? Although we do not have solid proof like a screenshot of the update, here is a screenshot of LG ThinQ users that received the update –

LG has been following the Android 10 Roadmap for its devices. And the latest Android 10 Update for LG V40 ThinQ is an example of it. The device had received a previous security update in March. It brought along VoWiFi (WiFi calling), screen recording, and Digital Wellbeing for the Indian variants.

Later on, the Kernel Source code was released which was directed towards Android 10 Update for LG V40 ThinQ soon. Looks like the update has finally started rolling out. We do not have our hands at the screenshot of the update yet hence the changelog remains an enigma. However, amazing Android 10 goodies like Live Caption, Privacy and Location controls, Gesture Navigation, Focus Mode, Dark Mode can all be seen.

How to manually install OTA Update on LG V40 ThinQ?

The update is an OTA Update is a fresh one. So don’t worry if you haven’t received it yet. Just like any other OTA Update, it will release in patched. In case you have an LG V40 ThinQ and happen to receive the update, do share the screenshot of the update and your experience with us. We will be glad to hear from you.

Stay tuned with us for more such updates.