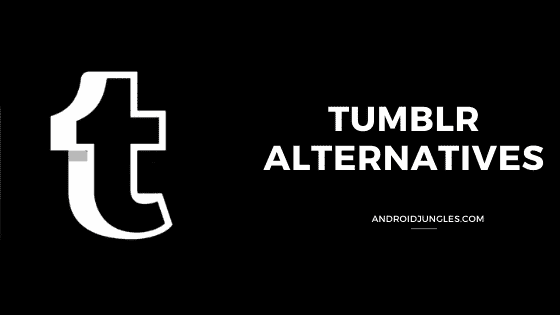 If you are living in a bubble of social media sites like Facebook, Twitter, Instagram, let me burst the bubble for you to look around a series of options you have for social networking besides these limited apps. If you are aware, Tumblr is a great social media app/site that offers a great micro-blogging platform. But do you know that it was banned to show adult content in 2019? This has led to a search of new Tumblr alternatives which have actually proved to be quite a lot better than Tumblr. Want to know which? Scroll down to know –

Best alternatives of Tumblr in 2020

The first Tumblr Alternative Site is Blogger. Blogger is Google’s blogging website that is very famous for the art, writing, aesthetics and many such other areas of skill. Blogger would be a perfect option if you are looking for a Tumblr alternative. The site is free and easy to use and hence you can easily make use of this platform.

There’s no advance knowledge that you will need to use this platform. Thus even newbies can use it without any worries. If you are wondering about the features, it is quite obvious that a blogging site from Google will be very well equipped with features.

Who doesn’t know WordPress? Almost all of us know what a great platform Words press is. It is well known for its free website hosting services. For the fact that it helps young talent nourish and grow, WordPress is preferred by many.

The simple UI and admin controls make it more popular and reliable for a huge mass.  The site is filled with a number of options to personalize it. There are numerous themes and plug-ins that you can use.

Pillowfort is one of the great alternatives to Tumblr. It grew a lot recently, especially after the ban was out on Tumblr regarding adult content. The best part about Pillowfort and which makes it the best alternative for Tumblr in 2020 is the allowance of NSFW content. Probably this has given Pillowfort the Title of ‘New Tumblr’.

So even if you cannot watch the adult content on Tumblr, we have Pillowfort for your rescue. Over this site, one can share posts, photos, GIFs, and so on for the people that follow your blog.

The only downside of the site is that it is still under construction. The site, for now, is a closed beta and hence only signing up does not mean you joined Pillowfort. You will need an invite link so as to join this site.

Another great feature it offers is letting you point your domain to Soup micro-blog with ease. You will also come across a number of Soup groups that are based on various topics ranging from animals to TV series, etc.

Ghost is another open-source blogging platform that is a great alternative to Tumblr. The ghost has two variants – 1. Self Hosted for $5-10/mo and 2. Web server hosted package for $19/mo. This blogging platform is based on Node.js run time environment as a result of which, it is very fast and responsive.

However, despite being fast and responsive, the site is still in progress like Pillowfort. However, development is active. It has still got a wide area of features like Developer tools in pipeline, post analytics as well as third-party apps.

If you are still not sure about opting for this blogging platform, you get a 14 days free trial period that you can use to see if this site is right for you.

Medium is indeed a medium for gaining text-based information on various topics. Just like WordPress, Medium proves to be a great site for text-based blogging. If you prefer quality, you will realize that in actual Medium is quite better than Tumblr.

The most amazing part about Medium is that you can simply import a site to it if you have one using its Import Tool feature. Another great deal that Medium offers is that in the form of the Medium Partner Program. This program lets you earn from what you write.

Typepad is an underrated blogging platform that is actually used by a number of big companies like ABC, BBC, MSNBC, etc. for hosting their blogs. There is a huge chance of getting traffic on Typepad as it promotes blogs on its own network.

The site is quite easy to access and navigate and you get a number of inbuilt tools for analysis of the stats of your blog. Common examples of such tools would be Google Analytics, CSS based Theme editing, and so on. You can opt for a free trial period but will need to fill in the payment details.

If you are looking for an affordable Tumblr alternative and a long term service, Posthaven would be just the one platform for you. With as minimum as $5/mo, Posthaven offers great features like email notifications for blog updates, post documents with video/audio content.

The site although offering some really good features is still in its stage of development. Although the site is really great, it does not offer a trial period. You will have to first pay the monthly payment and then use Posthaven.

Mastodon is yet another great alternative to Tumblr that is widely used. This open-source blogging site includes individual servers and also filtered timelines. The best part about this site is that it has an interface very similar to Twitter. It’s easy to navigate this site.

Although the interface is similar to Twitter, the community platform is similar to Tumblr. If you remember the ban placed on Tumblr regarding adult content, it was this time when Mastodon grew more. And since 2019 has been used as a substitute for Tumblr.

Last but not least is the Tumblr alternative, Ello. This site is perfect if you are an artist or designer or aesthetic. Ello is just another Tumblr with a community of similarly minded people. The interface itself says about the content of the site.

Signing up is essential in order to use Ello. The site offers an amazing opportunity to connect, collaborate, and follow various artists from all across the globe. Although great for art, Ello does not seem to have more gamut for social networking.

That was it all. I hope you have picked up the best alternative for Tumblr that works well for you. In case there is any other good alternative in your opinion, do share with us in the comment section below. We will be glad to hear from you.